Cathy Farr writes: The case for the right word not the wow word 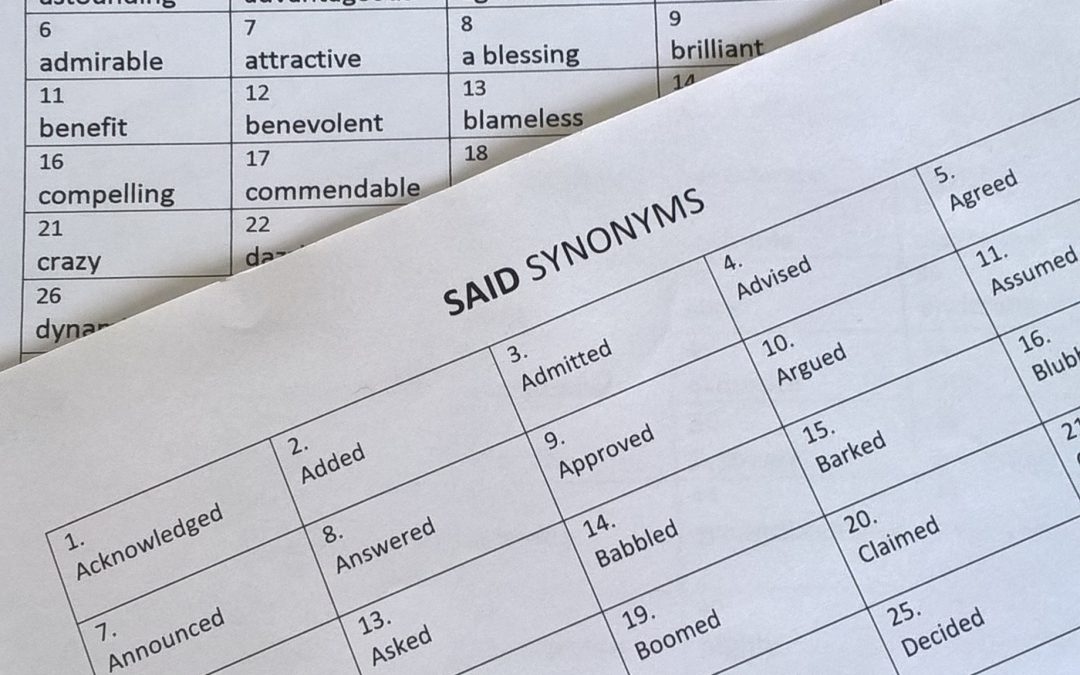 Getting children to write anything is hard enough, so why are we making it even harder by asking them to embellish their writing with superfluous adjectives, adverbs (a personal bugbear) and verbs?  In an attempt to encourage children to explore language, in my view, we are in danger of hurling the chubby, pink, cute baby energetically out of the sloshing, sploshing, bubble-filled bath!

So, rather than encouraging children to use vivacious verbs, adventurous adjectives and audacious adverbs (are you getting my drift here?), or ‘wow’ words as they are reverently expounded, let’s take a step back and just teach children how to write well, and often not very much…

In my blog today, I’m going to give you some really easy tricks that you can try out in your classroom next term which will, I promise you, get your pupils writing.

At this stage the idea is not to write heaps, but to choose the right words for what they do write; we can look at writing heaps later.

So, first, get hold of a list of synonyms; there are lots on line.  Just type ‘synonyms for …’ into Google and there you are.  Often alphabetical (although I don’t focus on that as I think it just muddies the water), you can get your hands on synonyms for good, bad, happy, sad, walking, said, etc. etc. Just print them off and file them in your KS2 Writing file.  I have all of these lists and a few more: a popular list that I use a lot is Creepy Words.  OK, not a synonym list, but instead it’s a list of words that you could use in a creepy story – again an internet acquisition initially, but one that has been embellished over time, and yes, zombie is there!

For your first lesson select one of your lists; I’d go for an easy one like synonyms for said.  Print off enough copies for your class to have one each and tell them that they need to look after it as it is the start of a series.  In  my class, we tuck ours into the back of our creative writing books so that they are on hand all the time.  Let the children study the list for a couple of minutes. It’s a good idea to have each word numbered, that way, when a child comes to a word they don’t understand or can’t pronounce (usually both) they can just say the number and you can explain the meaning and give them a sentence to help put it into context – BUT try to avoid using adjectives and certainly adverbs in your modelling performance.  This element of the task should take no more than ten minutes – five is better.  Then get them to turn the page over and spend five minutes writing down as many synonyms for said as they can remember.  I call this task a word race. I have seen it done following an A-Z format but to be honest I think it’s needless; it’s the words themselves that add to their vocabulary storehouse. I’d rather a child remembers four verb alternatives to said that begin with M than struggle to find one in the time that beings with K (kibitzed, in case you’re wondering).  When working with a less able group, I usually allow a 30 second cheat half-way through; but remember to make them put their pens down here otherwise you’ll just have frantic copying during those precious seconds instead of reading and learning.  You may also be surprised that some children will decline the cheat; especially after the first few times you do this.  I like this and praise it.  They may not score nearly as well as others who did take up the offer, but in their hearts they know they did it without help – and tend to remember the words more efficiently. At the end of the task I get the class to swap work to mark each others; they relish this bit and are ruthlessly competitive.

When all lists are back with their rightful authors, get the scores, i.e. ask who scored more than five, then ten or more, etc. until you have a winner.  You could do a word race at the start of all or almost all of your creative writing or English lessons if you want.  It’s a great way to extend vocabulary. Over time, introduce new lists; then get the class to refer to two or even three lists at a time.  By the end of term they will be scoring 60+ words over three columns (e.g. walking, said and creepy words) and if anyone comes up with a word that isn’t on your list be sure to add it.

Following this exercise, ask the children to choose two verbs from their own list and one other from your list that they hadn’t remembered.  Then get them to spend five minutes writing a sentence for each of the three words, i.e. three sentences.  If you are working on synonyms for the word said they don’t have to write dialogue, but if they do, try to encourage use of inverted commas at the very least. Inevitably, some children will finish quicker; when they do get them to choose three more words they didn’t get and write more sentences until everyone has at least three completed sentences using a different synonym for your verb of the day for each sentence.  Then get them to read some out to you.

This part is really important.  If a word is used well, praise its use; when it is used incorrectly, suggest more appropriate options but praise the bravery.  Over time, I can assure you, some of your children will really surprise you!

I’m going to write more on the subject of expanding a simple idea, or writing from ground zero, at a later date but before I go, a brief word about adverbs and adjectives:  Is it better to use a well chosen verb, or to try to embellish a poorly chosen one with an adverb to comply with the wow word requirement? Consider: The zombie walked slowly down the dark brown corridor to get to the Head’s office against The zombie lurched ever closer to the Head’s office.

I’ll be writing a whole blog about this next time …